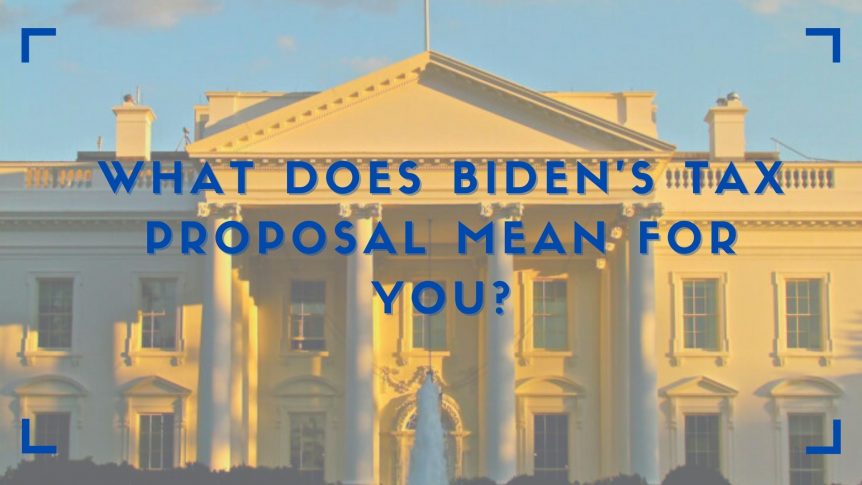 To fund a family and economic security initiative, President Joe Biden outlined a proposal for individual tax increases totaling $1.5 trillion. While much of the proposal is consistent with what he delineated during his presidential campaign, there are several noteworthy differences.

As expected, Biden is proposing to return the top individual rate to 39.6%, the rate in effect before the Tax Cuts and Jobs Act. The American Families Plan fact sheet on which these increases are delineated does not specify an income threshold for this change, but the Biden administration has made clear that it does not intend to impose any tax increases on income below $400,000.

Biden is proposing to tax capital gains at ordinary income rates of 39.6% for “households making over $1 million.” Similar to the $400,000 threshold, the Biden administration has not offered any details on how the $1 million threshold is defined or how it may differ by filing status.

The fact sheet promises to “close the carried interest loophole,” which presumably means treating carried interest like ordinary income. Although the administration has not provided details, proposals from Congressional Democrats in the past have more narrowly targeted profits interests from certain investment services partnerships.

The administration is proposing to repeal the step-up in basis for inherited assets on gains in excess of $1 million for a single filer, or $2 million for joint filers (before any real estate gain exclusion). It is unclear how this threshold would operate.

This provision was the only estate and gift tax proposal in Biden’s original campaign platform, but he later endorsed a unity task force report that called for returning estate and gift tax rates and exemptions to “historic norms.” Congressional Democrats could push to add these changes, particularly if there is revenue pressure. Congressional Democrats also have many proposals attacking specific types of planning techniques like grantor retained annuity trusts and family limited partnership valuation discounts.

The fact sheet proposes to expand the scope of the 3.8% Medicare tax on net investment income (NII). No details were offered, but this proposal echoes one made by President Barack Obama, which sought to essentially apply the tax to all unearned income. Most income that is not subject to Medicare taxes on earned income is taxed as NII, but there can be exceptions such as income from a nonpassive owner of an S corporation or limited partnership. Presumably the intent of the proposal is to apply the tax to any income that is not otherwise covered by Medicare taxes on earned income.

The fact sheet proposes repealing like-kind exchanges under Section 1031 for gains greater than $500,000. The TCJA previously limited them to real property.

Biden has not previously targeted like-kind exchanges, Medicare taxes, or carried interest, though a 39.6% rate for capital gains would also address carried interest without any need for a separate change. The plan’s $800 million in new tax cuts largely comprise enhancements to the earned income tax credit, the child tax credit, the Affordable Care Act premium credit and the child and dependent care credit.

Biden is proposing to make permanent the limit on deducting business losses exceeding $250,000 ($500,000 for joint filers) under Section 461(l). This limit was created by the TCJA and was originally scheduled to be in effect from 2018 through 2026. It was suspended from 2018 through 2020, but is back in place for 2021 and scheduled to expire with the rest of TCJA’s individual provisions in 2027.

The plan pledges to raise $700 billion over 10 years through additional IRS enforcement. Treasury released a paper with additional information. The plan is headlined by an additional $80 billion in funding for audits of taxpayers with more than $400,000 in income. The plan would also give the IRS authority to regulative return preparers and usher in a sweeping new reporting regime on financial institutions. Banks and other financial organizations would be required to report “aggregate outflows and inflows” from financial accounts.

There are several notable proposals from Biden’s campaign or which political experts had anticipated that were not included, such as:

Although these provisions have not been initially included in the proposal, they are not off the table. The tax outline is the first step of a legislative process during which Congressional Democrats have the power to make changes.

Congressional Democrats in particular will be pushing for relief from the $10,000 cap on the SALT deduction, and many Democrats have already threatened to block any tax bill that does not repeal the cap. This issue will likely need to be addressed in order to overcome congressional opposition. Full repeal is very expensive, however, and Democrats may consider compromises such as temporary repeal or a sizeable increase in the cap.

Biden also declined to include his own campaign proposals to cap the value of itemized deduction at 28%, impose Social Security taxes on income over $400,000, and repeal the Section 199A deduction for pass-through business income over certain income thresholds. All of these could still certainly be considered, though the increase to Social Security taxes might be less likely outside of Social Security reform. The Section 199A deduction enjoys a private business constituency that Democrats generally find sympathetic, but Democrats have also complained that too much of the benefit goes to high earners. Phasing out Section 199A above certain income threshold may become a hotly debated issue.

What can we expect from Congress? Democrats are still considering their options for the legislative process: While a bipartisan bill is not impossible, Republicans and Democrats appear far enough apart that it seems unlikely for now. Democrats could also use the reconciliation process to avoid 60-vote procedural hurdles, but this approach comes with significant limitations. Many of the non-tax proposals, and even parts of the tax package, could run afoul of reconciliation rules. And without Republican support, Democrats will still need complete unity in the Senate and near unity in the House. Moderate Democrats may wield significant leverage.

The release of this platform marks only the beginning of a long legislative process. While the proposals will certainly evolve, taxpayers should already be assessing the potential impact on their tax and business planning, particularly in regard to the timing of income and deductions.